As the Italian say: “Traduttore, traditore” (translator, traitor). I’m glad I’m usually the one I’m translating from and can adapt my own texts or articles as much as I want…

One Word to Rule Them All

Indeed, there are words which are impossible to translate from English into French with only one word. In Kraken by China Miéville (2010), the main protagonist’s best friend, Leon, had been working on a book called “Uncanny Blossom”. The title is supposed to mess up with the French, since Leon claims those words are not fully translatable into French. Indeed Uncanny means both strange and disquieting, while the French language uses “fleur” for both flowers and blossoms. 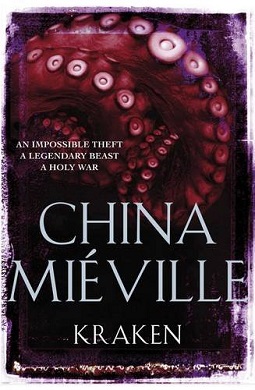 Another word which cannot really be translated is “shallow” – “superficiel” is the French equivalent for some use cases, but not for shallow water, where you’d say “peu profond”(“not deep”): “eau peu profonde”.

Humbold, and later Sapir and Whorf say the language we speak might affect the way we see the world. In the novel 1984 by George Orwell (1948), words are taken out of the dictionary to create Newspeak and ensure everyone’s thoughts are politically correct. I’ve also written an article about the links between creation and fiction.

However, most words which may not be translatable into one word are thankfully translatable into several words or a circumlocution. Their rarity in other languages might be because of cultural, historical, geographical… phenomena, or the language structure (for instance German uses a lot of compound words). Since I’m focusing on translating English into French, I’ll write mostly about words which don’t have French one-word equivalents. But lots of words from other languages are not translatable easily into English either, as shows this list by Ella Frances Sanders: http://blog.maptia.com/posts/untranslatable-words-from-other-cultures

While working on translating my short story The Christmas Butterfly from English into French (le Papillon de Noël), I stumbled upon some similar questions. At the beginning, I describe the library as a set of “dark cobwebbed Victorian furniture”. Thing is, “cobwebbed” is not translatable as one word, you need to use the full circumlocution “couvert de toiles d’araignée”. If I had wanted to translate my sentence too literally, the French equivalent would have been a real mouthful! So I had to adapt my sentence. I also changed “Victorian”, which can be translated as “victorien”, but I chose to replace it by a reference to a similar French historical era, the Second Empire (1852 – 1870).

Another vocabulary issue was translating the lexical field of the chimney. In French, chimney and fireplace are the same word: “cheminée” and other words are better understood if you add “de cheminée”, like “on the mantelpiece” which would become “sur la cheminée” (!), “sur le manteau de cheminée” or “sur la tablette de cheminée”…

English is also well known for the diversity and nuances of its “look at” words: to gaze, to glare, to glance, to stare… Not all words have one-word equivalents in French. In English, I had written: “I burst into tears at last. My aunt was glaring at me disapprovingly”. In French, I adapted it into: “J’éclatai alors en sanglot, sous le regard désapprobateur de ma tante.” (something like: “I burst into tears under my aunt’s disapproving look”)

But I also found a very specific issue while working on my Christmas Butterfly. Indeed, I had written: “I dropped my pen on the table and rooted myself out of the deep wing-back chair”, and it seemed pretty obvious to me that I should translate “to root oneself out” by French verbal locution “s’extraire de” (to extract oneself from). But in English, I used the past tense and the best French equivalent here is the “passé simple” (past historic tense). So, very naively, I wrote “je m’extrayai du profond fauteuil”. To my great surprise, the spell-checker told me “extrayai” wasn’t French. Wait, what? I tried with another software and got similar results. It always suggested me to use the “imparfait” tense, with an S at the end: “extrayais”. But the Imparfait was… imperfect for this. I needed the passé simple, but it didn’t seem simple anymore… I wondered if I got my grammar wrong, and decided to look into an online grammar. Uncannily, as you can see here, the “passé simple” column is empty… Now that’s weird! Why is that? So I did some more searching, and found out (thanks to this forum thread) that one does not simply conjugate “extract” in the past tense in French!

All verbs coming from “traire” (the “tract” root, even if traire means “to milk”) like our “extraire”, but also soustraire (to subtract), distraire (to distract), abstraire (to abstract) don’t have a past historic tense nor a subjunctive imperfect, as stated in this article in French or more briefly in English here, because they weren’t used often. I also learnt here that French verb clore (to close) doesn’t have any “we” or plural “you” forms in the present tense!

I had to replace “s’extraire” by “se détacher” (to break away).

Since I’m also translating this article into French, I thought it might be funny to write here what I had to adapt here!

The English title is a pun on “lost in translation” and I would have a hard time finding a French equivalent, so I used “post-traduction” as in post-translation.

Interestingly, “unexpected finds” does have a one-word equivalent in French: “trouvailles”, which means pleasant, unexpected discoveries, and sounds much less formal than “découvertes”.

It’s also very difficult to translate some jokes and in particular internet memes, such as “one does not simply”, since nobody would see the link with the Lord of The Rings in French (I think).