A perfume’s fate is to die. To enjoy it is to kill it a little.
I often avoid opening my bottles or using my samples.
However, a sealed bottle is like a suspended artwork. Theoretically, the trapped liquid is alive and maybe immortal, but it lives as little as Snow White in her glass coffin. This is a miser’s wallet, an opportunity never enjoyed, sterile, absurdly virtual.

So sometimes the bottle is carefully opened, the scent is ecstatically breathed, a drop falls on a wrist, or maybe the perfume is more liberally poured on the skin.
Someday, the bottle is empty.
But the perfume itself might cease to exist. Discontinued, forsaken, dead, forever evaporated. The bottles become husks, pretty fleshless shells.

Only burning, frustrating memories live on, spoiled by the fear to forget and the compulsion to smell the precious scent once more, to feel its phases and longevity…
And how can perfume memories be shared? Who will be brought in its non-existent wake?

True, the formula is dormant somewhere. As Clara says in Doctor Who:

But the formulas are often carefully kept by their owners, and you can’t take the ones in the osmothèque, contrary to a soufflé recipe. The osmothèque is really an awesome enterprise, but sometimes the materials themselves might go missing, preventing perfumes from being remade.

The first time I tried it, a long time ago, it felt like morning mist over mountains.
I still got a sample, and I keep it as carefully as a Snow White in a diminutive glass cylinder.

This perfume made me really dig white flowers. It was love at first whiff. I managed to get a sample but broke it… I cried a bit. The creamy, sensual smell of gardenias kept haunting me and some years later, I found another good one:

I still have my Pur Désir de Gardénia bottle and use it about twice a year… I know the countdown has begun and I haven’t found a gardenia soliflore I like yet… Except for the Un Gardénia la Nuit candle by Dominique Ropion for Frédéric Malle, but I want a bottle of perfume!
Anyway I miss nearly all the Pur Désir perfumes, they had a really good value for money. Most of them were created by Annick Menardo, the nose behind the magnificent Hypnotic Poison by Dior. Like this one:

As for Pur désir de Gardénia, I still have one bottle nearly full of this beautiful lilac. I do like indoles: lilac, jasmine, gardenia, tuberose…
A lot of Yves Rocher perfumes don’t exist anymore. When I was a kid, I was fond of:

Venice, resurrected to be killed again. I have two miniature perfume bottles left, still water from an old city. I really liked its mysterious, oriental notes.

This chypre floral perfume was fascinating for the perfume lover teenager I once was. Both warm and hieratic, I felt it was perfect to depict the complexity and beaity of a city such as Byzance, one of Istambul’s former names. My sample has been nearly finished for years.
I miss another Rochas perfume:

Alchimie is a mysterious, sweet perfume that even the vanilla, fruity scents haters like. First fruity, then white flowers on a vanilla, amber base, this perfume had bewitched me. The bottle was beautiful to boot, I have nearly no potion left in my sample and I know no magic will make it appear again.
It made me think about alchemists and witches from Elizabethan times, in European cities, sometimes Central European ones like Prague. Like this comics – discontinued too – Poème Rouge by Savey and Wachs.

I also miss an entire line of perfumes:

When I discovered those perfumes I didn’t have money to buy one. I managed to grab samples – except from Sous le buis – but sadly the formulas don’t seem to be kept in the osmothèque.
I didn’t really picture myself wearing all those perfumes, but they all told a story, they had a strong atmosphere.
My favourite was Jardins Ottomans. I felt I was wandering at sunset in an ottoman garden, all the more so since I was reading a lot of Turkey inspired books: Regards from the dead princess by Kenizé Mourad, Seven Houses by Alev Lytle Croutier or la Magnifique by Isaure de Saint-Pierre. 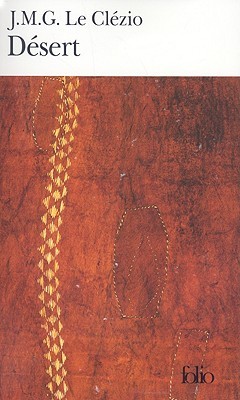 Sous le Buis evokes either French style topiaries or a vegetal labyrinth, where 18th century games might get you lost.

Sève exquise, a green perfume I can’t remember. And I won’t open my sample yet.

So long dear perfumes, and thank you.